In the past five years, the so-called flying car industry — more accurately described as electric vertical takeoff and landing (eVTOL) aircraft — has evolved.

The aircraft are more powerful and longer-range now.

And Kitty Hawk has adjusted.

The focus now is building more reliable systems with software and hardware, as well as implementing more manufacturing and quality control systems.

Situated on the Coruh River, a tributary of the Buyuk Menderes (Maeander) River, it was probably established by Eumenes II of Pergamum in 190BC.

Hierapolis was rebuilt during the reign of the Roman emperor Tiberius in approximately AD 14–37 and survived until 1334, when it was abandoned after an earthquake.

Extensive ruins, excavated since the 19th century, include baths, a gymnasium, an agora, and a Byzantine church.

Hierapolis was designated a UNESCO World Heritage site in 1988.

WHEN IT COMES TO self-defence, Australia’s snakes have things pretty well covered.

We share our continent with about 170 species of land snakes, some equipped with venom more toxic than any other snakes in the world.

How would you respond to a snake bite?

Jourama Falls in 91km north of Townsville, and 24km south of Ingham.

Joining Kendall and Glenn on their journey up to Cairns ... See MoreSee Less

Load more
Get in Touch

For a complimentary consultation, contact our friendly team today. 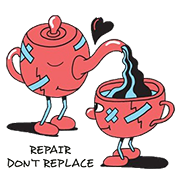